Members of the Chapoutier family have been working in the Rhône Valley since 1808. Their ancestor, Polydor Chapoutier, was the first to buy vines there, shifting from being a simple grape grower to making and trading his own wine. The pioneering spirit was already part of the family tradition.

Seven generations later we encounter Michel Chapoutier with a real passion for the expression of soils, at the head of this exceptional vineyard deeply following history and traditions.

Today maison M. Chapoutier continues to further its legacy as a benchmark for the industry in general: the biodynamic model created by Michel in the 1990s has become the standard by which the entire biodynamic wine industry is measured in contemporary Europe.

Many thought twenty-six-year-old Michel daring when he converted his family’s legendary estate to new methods of growing and winemaking. Today, his peers continue to view him as an innovator, leader, forward-thinker, and risk-taker who changed the course of French winemaking for the better.

In 1997, true to his pioneering spirit, Michel Chapoutier set out to explore the terroirs of the oldest continent. He wanted to meet people like him with a passionate interest in bringing out the true character of vines. A matter of convictions, too, prompting discovery and observation. He found land awaiting its revelation. Michel Chapoutier’s aim is to invent properties, not to follow the example of others. Michel Chapoutier buys land and joins forces with major winemaking families, playing on their complementary know-how and experience The result is exceptional Shiraz wines, displaying great elegance and mineral purity. In 2002 he joined forces with Ron and Elva Laughton (Jasper Hill) in central Victoria, and at Heathcote, north of Melbourne, on a very unusual, early Cambrian soil. He has also worked with Rick Kinzbrunner on the Giaconda vineyard at Beechworth, in northeast Victoria, on a granite soil. After a brief experimental joint venture with his US importer (Terlato & Chapoutier), Maison M. Chapoutier bought two other Australian vineyards (Shays Flat and Landsborough) in the Victorian Pyrenees and set up the fully owned Domaine Tournon. 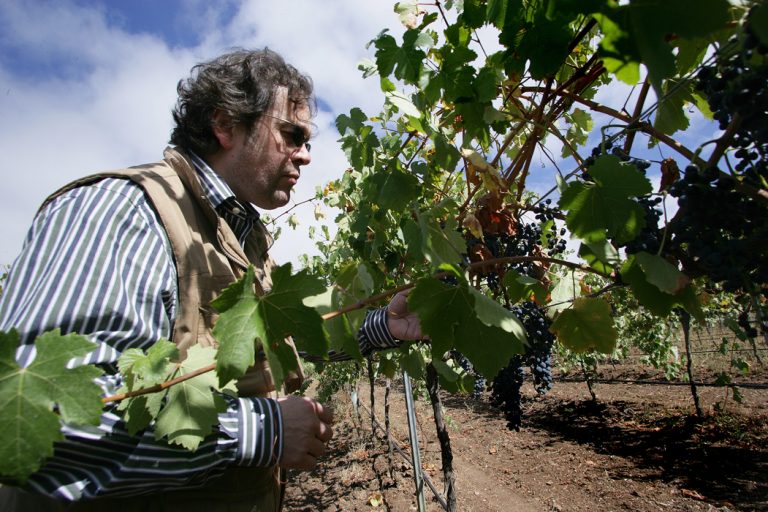